Housing, water and power availability, are the prime index parameters for judging the progress of any nation. Electricity is a prime requirement for living and both running the Industry as well as agriculture which give employment to people and helps increase the GDP of the nation. About 1.2 billion People around the world and about 1/3 population of India (400 millions) have no or very little access to electricity. Millions more face regular power cuts or blackouts. The impact of energy shortage is enormous in India. Power scarcity severely effects the quality of life. Kerosene lamps are widely used for lighting in rural areas, which are very inefficient, dangerous and expensive and pose health and environmental hazards. Therefore, we are constantly exploring renewable and sustainable sources of energy. The main reasons for this are:–

Solar power is a clean and sustainable method where there is no risk and huge infrastructure is not required. The World over Solar Energy usage has created a high focus. High-tech, low-cost solar powered lamps and chargers have also been developed. Innovative and super-efficient solar products for those who desire the finest in technology and design, while ‘enlightening’ people at the base of the pyramid are available.

In view of above and to meet the power demand of rural India, scientists have developed an innovation in solar lamp technology. This will end the kerosene-dependence of millions of families in villages. It has been found that replacing kerosene lamps with off-grid solar powered products saves money and results in better environment and friendly power source. Burn risks, unhealthy side effects and carbon-emissions are eliminated while the ability to charge mobile phones enables communication.

Note – It is estimated that each kerosene lamp with a fuel consumption of one liter of kerosene a day, produces about 0.1 ton of CO2 each year which is green house gas.

Concept of the Project:

Today even after about 70 years of independence, the progress on Electric generation is poor and insufficient especially in North India. In fact, our country is so much dependent on conventional methods of electricity generation like Thermal, Hydro, etc. that it is not able to provide full requirement. The “Lighting though sustainable energy solar torch” project as suggested by “Yash Krishi Takniki Ewam Vigyan Kendra – YASTK – an NGO” can facilitate villagers for lighting arrangement at odd hours when there is no Electricity. It can also help children to study in the night when there is no electricity in villages.

Project of Solar energy in Villages:

Through this project, solar lamp will be provided to School Children and house hold women, etc. This will facilitate village children to study and house hold ladies can use to light a place in home. This will also help households by facilitating them while cooking, cleaning and they can take it out while going for natures call in night. For school children it will be very useful for studying or doing homework in night at home. 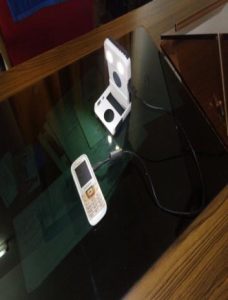